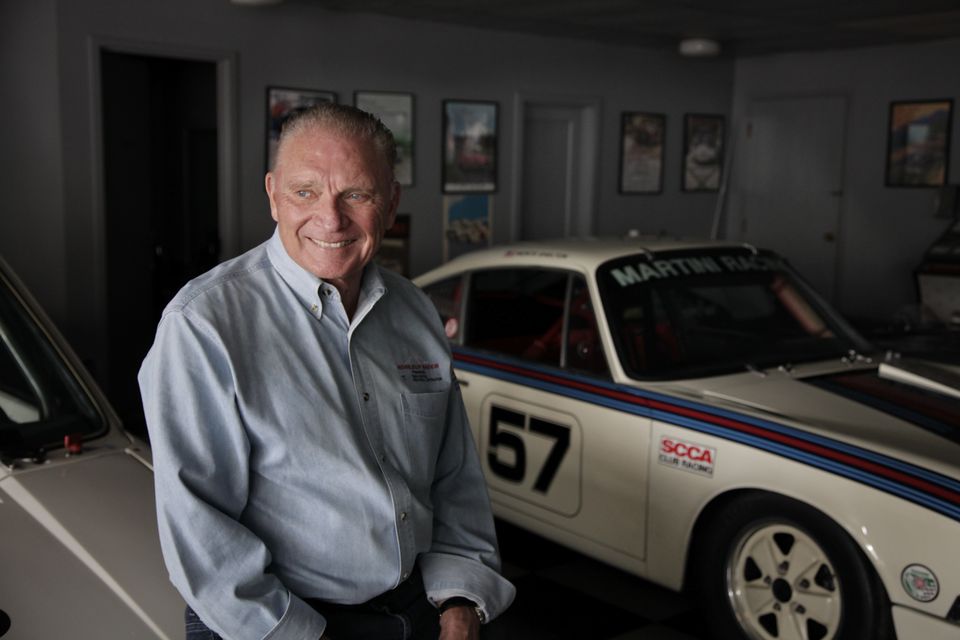 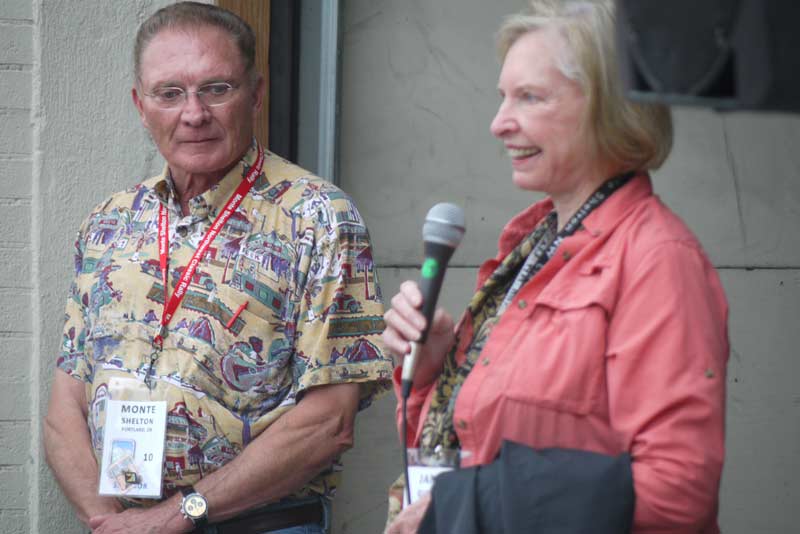 For 30 years, the Northwest Classic Rally was affectionately known as the Alfa Romeo Owners of Oregon Monte Shelton Northwest Classic Rally. The back story on how it came to be called the Monte Shelton rally begins with Dale LaFollette, then director of the Portland International Raceway (PIR.) Having just participated in the 1986 Mille Miglia in Italy, Dale was eager to share the extraordinary driving experience of being a Miglia participant.
When Bob Hui, Mark Carpenter and Dick Larsen found themselves fussing over how to raise money to continue publishing Alfa Bits, the Club’s monthly magazine, they remembered Dale’s passionate pitch to put on a TSD (time, speed, distance) rally in the spirit of the Mille Miglia. The fabulous roads throughout Oregon and Washington were sure to attract participants.
Big-time events need major sponsors. With just a germ of an idea, a meeting was scheduled with Monte Shelton, owner of Monte Shelton Motor Company/Monte Shelton Jaguar, about potential sponsorship. As an incentive, they showed Monte an oil painting of a Ferrari TR, painted by Bill Gillham, that would be the first poster for the rally. Monte agreed to be the event’s Chief Sponsor on one condition – that the Gillham painting would hang in Monte’s office. And it did for 30 years. Monte was the title sponsor through 2018.
While in college, Monte took a job washing cars for a used-car lot and soon started selling cars. With a college degree in hand, he became a used car salesman, eventually moving into ownership of high-end dealerships. His company, Monte Shelton Motor Company, became well known and highly regarded.
Also a race car driver, Monte held an FIA international license, well as IMSA, SCCA and Grand-Am licenses. He competed in more than 1,000 races – including Can-Am, Formula 5000, Trans-Am and Daytona 24 hours, winning many of the meets. When he retired from active racing in 2013, The Oregonian wrote, “The revered Portland race driver Monte Shelton announced that he was leaving the (Portland) Rose Cup, the oldest amateur road-racing event west of the Mississippi to the 40-somethings. He will be missed.”
Monte loved to race in the rain. Rain was the great equalizer he felt, noting, “When it rained, I made slow cars go faster; I got gutsy and aggressive.” He went on to say, “I drove by feel, relishing the unpredictability of tires on wet pavement.” His many successes proved that his theory worked.
Monte, a long-time member of AROO, owned a stable of Alfa Romeos, including a 1956 Giulia Spider, ‘65 Veloce Spider, ’67 Duetto and ’89 Graduate. One of only two people who drove in all the Northwest Classic rallies, Monte’s love of the event attracted rally participation from three generations of the Shelton family. As a courtesy, Monte was always given car number ten for the rally. Monte transitioned to searching for the checkered flag on twisty roads and sunny skies in the heavens above on Father’s Day, 2019.

The Northwest Classic Rally continues to celebrate Monte and his love of the automobile.